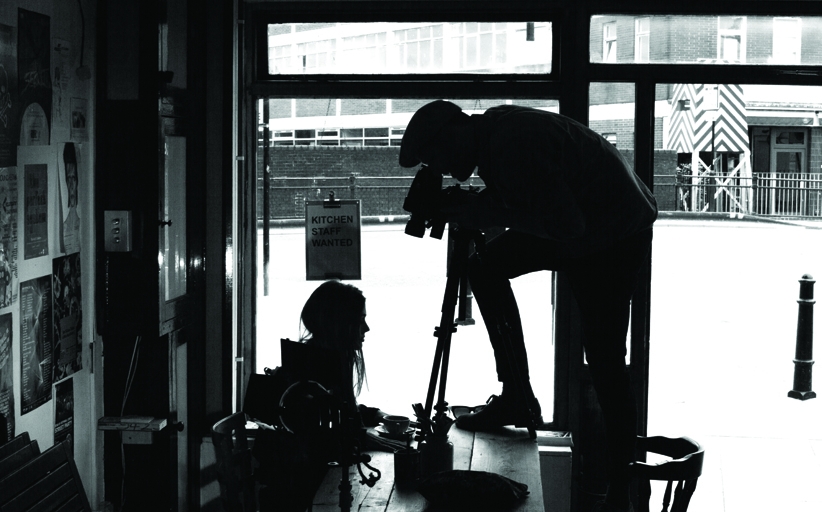 As 2015 marked 50 years of Super 8mm, leading wedding filmmaker Mark Brown tells us about the trials and tribulations of the format, his fleeting fascinations and the business of romance

The space race, Hurricane Betsy, Malcolm X’s assassination – these are all things that defined the year 1965, making the invention of a new celluloid format pale in comparison. Fifty years on and still going strong, Super 8mm has stood the test of time, launching the careers of many and preserving intimate life moments for decades to come. In fact, it was one of the more domestic uses of the format that would dictate the career of wedding filmmaker Mark Brown. “I was weaned on Super 8 as a young lad. My father was really into shooting videos and he raised me on my grandfather’s cameras – it’s sort of a family tradition,” Mark says. “A love of celluloid, the feel of a camera, the smell of film stock, it’s all very homely to me.” After friend and filmmaker Joel Serrato passed on some valuable knowledge about working in the Super 8 sector, Mark soon found himself drawn to the world of weddings. “For a lot of people, weddings are just a means to an end,” Mark says. “But I really enjoy the process and there’s actually a lovely connection between working closely with families and my own family history with Super 8.”

Despite the homely associations Mark has with celluloid, his position as a specialist Super 8mm wedding filmmaker ironically leaves him with very little time to enjoy the comforts of his own home, especially with the current popularity of all things vintage. “It’s a bit crazy at the moment, it’s sort of non-stop work, which is wonderful,” he says. “All these jobs in different places around the world, it sounds so glamorous, but when you’re actually doing it the glamour goes right out of the window,” Mark adds. “Life is one big departure lounge, it’s really exhausting. but I do love to travel.”

There’s a crucial reason why Mark finds himself in so many departure lounges, though, and one which many of us can relate to (along with the social-life sacrifices that being a filmmaker brings): the British weather. “It’s just light,” he explains. “I don’t really touch many British weddings these days, because you never know what you’re going to get.” Instead, Mark’s wedding season typically runs from May to October and sees him travelling to every corner of the world, “I once got asked to shoot a wedding in a remote Amazonian village that was going to be styled like a Wes Anderson movie. Sadly, I couldn’t make it.” Perhaps unsurprisingly it’s typically the more creative couples who approach Mark, many of whom never originally intended to have a wedding video at all. “The people that hire me really respect the idea of Super 8,” he explains. “They give me free rein to create something more intimate that’s going to be passed down through the generations.”

Everlasting love
The idea of longevity is one central to the celluloid format, and it influences many decisions that Mark makes when creating films for couples. “You can shoot an unlimited amount of digital and watch it back immediately, so it’s a lot more convenient,” he says. “But it’s also a lot more disposable. With Super 8, you’re editing on the day because you’ve only got 12 minutes to work with, which drags the style out of you very quickly.” He then edits those 12 minutes into a five-minute final film without sound, which will no doubt outlive his original clients “If you watch a video shot in 1995 it’ll likely look a little dated,” Mark says. “Whereas if you watch your grandparents’ wedding film from the 1930s it’s still going to look amazing, so I always approach my films knowing that I’m not just making it for the couple but also their future children and grandchildren.”

Knowing that film only gets better with age, Mark spent a long time developing packaging for his films that would not only preserve them for decades but would also serve as a mini time-capsule of the wedding day, a tactile treasure filled with artefacts and film rolls designed to bring joy when rediscovered years down the line. “I just felt like the whole ethos of working with film, and the textures and simplicity, doesn’t have to end with the film,” he explains. “With weddings, it’s important to have a style outside of the films; we’re in the business of romance and you’ve got to be romantic in all areas. Presentation is huge.”

Challenging behaviour
As you might have guessed, working in the world of weddings isn’t all champagne and strawberries, and there are many aspects of it that Mark would rather do without. Tax returns aside, it’s actually the terminology and institutions that grate on Mark the most. “These films, for me, are a lot about texture, and people often refer to me as a wedding videographer but I don’t like that title,” he says. “It’s a more personal affair. It’s what I enjoy doing and more like an art piece – it just comes from everything in my life. At the moment, that art is focused on weddings but I’ve been employed to do fashion, music and artist films,” he adds.

Mark asserts some healthy scepticism about the wedding industry and, in particular, people who just jump into wedding filmmaking thinking that it’s a good way to make money and adopt whichever format is in vogue at the time, with no passion or enjoyment behind it. “It costs a lot to shoot Super 8, I get my stuff processed in a lab in Berlin and there’s a lot of hands that it goes through before it comes back to me – a wedding typically costs me about £500 to shoot,” he says. “As an aspiring artist always wanting to learn, I feel very privileged that people are paying me to keep going and progressing, but as soon as you put industry into that it becomes something I don’t want to be a part of.”

If you think that the costs of Super 8 are high, take some time to consider the risks as well. Sure, we’ve all fallen foul of corrupted memory cards and scratched lenses, but when you’re working with celluloid the margin for error grows exponentially. “That’s the other problem about film versus digital; you live in a constant world of stress,” Mark sighs. “There are a lot of potential problems like film jamming or breaking in cameras, or problems with processing, and when you care about something so much you notice the problems a lot more than other people would.” Mark has thus developed a hefty five-page terms and conditions document covering just about every eventuality, “We’re working with a vintage format and as beautiful as that is, couples need to understand the risks.”

When it comes to understanding the risks of the vintage format, no-one knows better than Mark. He found himself in a potentially tumultuous situation a couple of years ago when Kodak filed for Chapter 11 bankruptcy. “When Kodak looked like it was about to die, that was very hard,” he says. “Not just my business, but my entire life is deeply rooted and invested in Kodak and the continuation of film. When people predict that it’s going to die or that there’s no room for it anymore, that’s quite difficult.”
For those who don’t know how that story ended, fortunately for Mark and many other filmmakers, some big Hollywood names like Quentin Tarantino, Christopher Nolan and Martin Scorsese stepped in to save the day, backing Kodak and ensuring that studios continue to create 35mm, 16mm and 8mm films.

Those who wander
When Mark Brown refers to his whole life being deeply invested in Kodak, he’s not just talking about the convergence of wedding filmmaking and his own family history, but also how he spends his time when he’s not shooting weddings. “Every year I seem to have these changing fascinations,” he says. “I’m just intrigued by lots of things, so I channel these fascinations into personal projects outside of the wedding season.” Last year this meant focusing on Navajo culture, so in order to pursue that authentically he went to America and spent some time with a Navajo tribe shooting Kodak. “I think there’s a path that I’m walking and one day in the future it’ll all come together to mean something, so I guess I am careful about what I shoot,” he says. “I made a vow to myself that I wouldn’t do something just because the money is good. There’s more to life than that.”

On the path to leading and shooting a more authentic life, Mark has stumbled upon inspiring people who have opened his eyes to new opportunities. A recent encounter with someone shooting a film about Spanish bullfighting catalysed decisive action. “Meeting this filmmaker opened my mind to other prospects,” he says. “I grew up thinking I wanted to be a film director, so I’m moving to LA to chase some of those other dreams.”

That’s not to say he won’t still be shooting weddings, though. “When you do weddings, it’s a real breath of fresh air,” he says. “I get to travel to places I’ve always wanted to go and capture something that’s really important. I love shooting weddings, so I expect they’ll always be part of my life.” In fact, the move to LA is in part designed to facilitate more weddings, allowing Mark to continue shooting in the winter when the light is still favourable, and come back to shoot European weddings in the summer.
As for his other dreams, Mark’s aware that those fleeting fascinations brewing away in the back of his mind will ideally culminate in a very personal feature film one day, but he’s in no rush. “You know that quote ‘the journey is the destination’? I kind of have that printed in my mind whatever I choose to do.” While he’s on the path to fulfilling his childhood dreams of being an auteur director like David Lynch, he’s actually finding the pursuit far more interesting. “I don’t ever want to lie down as an old man and say ‘oh shit, I really wish I did that.’ If it’s something that I want to do, I’ll do my best to pursue it.” 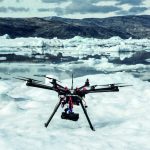 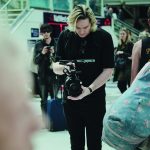