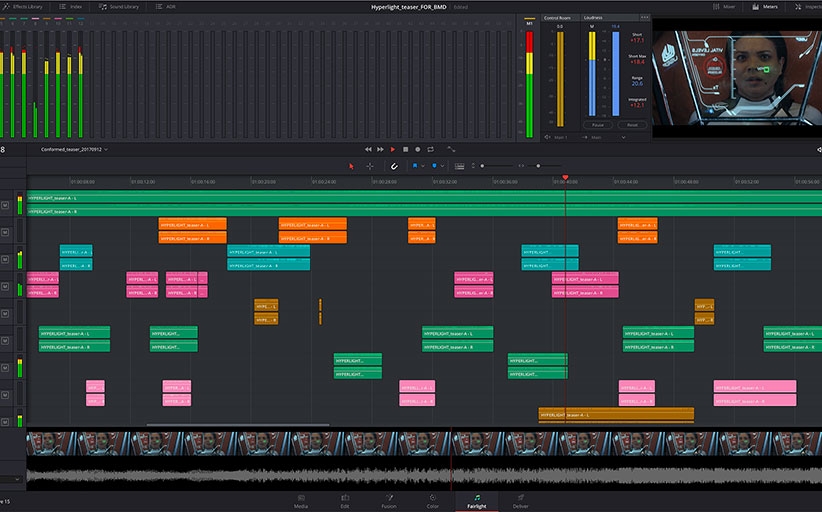 One of the most popular editing and colour grading software packages has been upgraded and can be downloaded free today. Blackmagic Design’s DaVinci Resolve 15.2, is a major update to its editing, colour correction, visual effects and professional audio post production software. It can be downloaded from the Blackmagic Design website at www.blackmagicdesign.com. It includes over 30 new features that simplify and streamline everyday tasks so editors, colourists and sound engineers can work even faster.

The editing timeline in DaVinci Resolve 15.2 draws at a higher frame rate which makes editing and trimming feel faster, more responsive and more fluid than ever. In addition, new animations have been added so clips slide in and out of position, making it easier to see exactly how different edits affect other clips in the timeline.

Visual dup detection lets customers see when the same clip has been used more than once. In addition, clips displayed in the bin now display usage indicators for the current active timeline. White vertical lines highlight the currently marked portion of a clip, while red horizontal lines show which frames are used. The timeline can also be cleaned up by flattening down unused clips, and timecode entry has been simplified throughout the application.

DaVinci Resolve 15.2 also adds features that make pancake editing, which is the editing of clips between multiple timelines, much easier and faster than before. Timelines or compound clips can now be loaded into the source viewer and edited into the current timeline in their decomposed state. Most importantly, editors can tap the X key to instantly mark a clip in the source timeline and edit that clip directly into the active program timeline.

The inspector, on-screen controls and metadata viewer on the Edit page now automatically update to show the relevant information for the highest visible clip under the playhead. That means customers no longer have to manually select a clip to change a parameter.

Keyboard customization has been completely redesigned in DaVinci Resolve 15.2. The new visual interface lets editors quickly see which keys are in use and assign shortcuts. The included keyboard sets emulate other popular editing applications, making it easier for editors switching to DaVinci Resolve. Keyboard sets can be shared between systems and shortcuts can now be assigned to different pages and user interface panels within the application. Shortcuts can even be assigned to commands in contextual pop-up menus. New highlights make it easier to see which portion of the interface is active so customers know which keyboard shortcuts they can use.

DaVinci Resolve 15.2 also includes new ResolveFX plugins. The Blanking Fill plugin automatically fills black letterbox or pillar box areas of the screen with defocused video. This makes it easier to use vertical video or photos in standard widescreen timelines because customers no longer have to manually create a background. The new Beauty plugin is designed to gently and realistically smooth textures and blemishes on skin and other surfaces. Colorists will also find new plugins for ACES transformations and limiting gamut. In addition, colorists can now bypass mixer node inputs by turning off connected nodes and can export gallery stills with custom label names.

The Fairlight page includes dozens of refinements along with new FairlightFX plugins that make fixing common problems and mastering final audio faster and easier than before. The new Stereo Fix plugin features presets for the most common channel mapping operations so clips can be fixed with a single click. This lets customers quickly fix problems such as dual-channel mono dialogue that was edited in stereo tracks.

Since it was announced at NAB last April, Blackmagic Design engineers have been listening to feedback from professional customers around the world and have been working hard to add the features they need. Over 110 new features have been added to DaVinci Resolve since April.

“The momentum of DaVinci Resolve and the speed at which it’s being adopted is incredible,” said Grant Petty, CEO, Blackmagic Design. “It’s exciting because many of the new features in DaVinci Resolve 15.2 are things that will make a difference to artists that use it each and every day. This is a massive release that customers are going to love!”.

The detailed changes are: 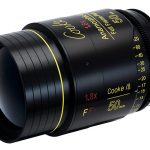 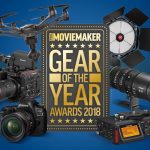