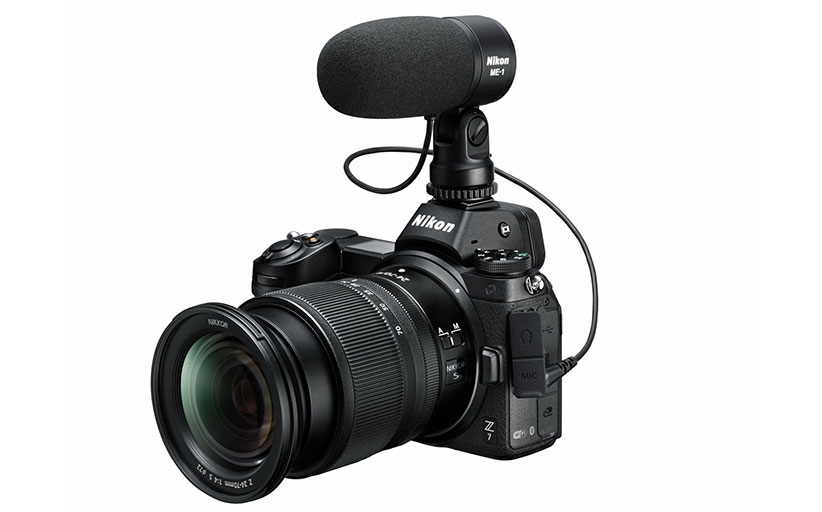 Nikon has released two full-frame mirrorless cameras that have lots of spec to tempt filmmakers away from Sony – the only other full-frame mirrorless manufacturer. Nikon’s new cameras are the high-resolution 45.7-megapixel Z7 and low-res 24.5-megapixel Z6 which use Nikon’s all-new Z lens mount. An adapter to use existing Nikon F-mount lenses will also be available at launch, along with 24-70mm f/4, 35mm f/1.8 and 50mm f/1.8.

The big news for filmmakers is that the Z series can output a 10-bit signal to external recorders, have phase detect autofocus, in-body image stabilization, can shoot Log, 4K up to 30p and HD up to 120p, have focus peaking at all settings, zebra exposure guide and a timecode out.

And on the Z6 there’s full pixel readout when shooting 4K.

Nikon is pleased to announce the release of the full-frame, Nikon FX format mirrorless cameras, the Z 7 and Z 6, as well as NIKKOR Z lenses, featuring a new, larger-diameter mount.

The Z mount system is comprised of mirrorless cameras featuring a new, larger-diameter mount, as well as compatible NIKKOR lenses and accessories. This system has been realised through the pursuit of a new dimension in optical performance. It has inherited Nikon’s tradition of quality, superior imaging technology, great operability, and high reliability, all innovated from its digital SLR cameras.

At the heart of the new Z mount system is the new, larger-diameter mount, which unlocks further possibilities of lens design, increasing greater capabilities in optical performance The Z mount system will offer a variety of high-performance lenses*, including the fastest lens in Nikon history with f/0.95. Additionally, the new mount adapter will enable compatibility with NIKKOR F mount lenses, offering photographers more choice.

The letter “Z” represents the bridge to a new chapter. The Nikon Z is about Nikon’s relentless pursuit of ultimate performance. It is about redefining possibilities and providing photographers with tools to realise greater creativity.

Nikon will expand the value of mirrorless cameras through the pursuit of a new dimension in optical performance and by upholding Nikon’s tradition of quality while responding to the evolution of imaging technology. By providing photographers with stimulating new products, Nikon will continue to lead imaging culture. *Within interchangeable lenses for Nikon SLR cameras and Advanced Cameras with Interchangeable Lens

The Z 7 has 45.7 effective megapixels, and supports a standard sensitivity range of ISO 64–25600. In combination with NIKKOR Z lenses, the camera achieves an outstanding level of sharpness and detail, all the way to the edges of the image.

The Z 6 is an all-purpose FX-format camera with an effective pixel count of 24.5 megapixels, and supports the wide range of ISO 100–51200 standard sensitivities. With superior performance at high sensitivities and full-frame 4K UHD movie recording with full pixel readout, the Z 6 responds to a variety of needs, such as shooting in dimly lit environments, and movie recording.

Primary features of the Z 7 and Z 6

The Z 7 has 493 focus points* and the Z 6 has 273, enabling broad coverage of approximately 90% of the imaging area both horizontally and vertically. This hybrid AF system uses an algorithm optimised for the FX-format sensor, to automatically switch between focal-plane phase-detection AF and contrast-detect AF with focusing. The use of NIKKOR Z lenses further maximises AF accuracy with both still images and movies.

The Z 7 and Z 6 are equipped with the new EXPEED 6 image-processing engine. Employing the superior resolving power of NIKKOR Z and NIKKOR F mount lenses, subjects are rendered more sharply than ever before. Noise is also effectively reduced.

Additionally, a mid-range sharpening option has been added to Picture Control sharpness parameters. This option, along with existing sharpening and clarity parameters, allows users to make various textures within the screen sharper or softer, for both still images and movies*. The cameras also offer 20 options of Creative Picture Control, supporting creative expression. The effect level is adjustable from 0 to 100.

The Z 7 and Z 6 have inherited the superior operability that Nikon has cultivated over the years through its development of cameras. The bodies are compact, while boasting a firm grip that is easy to hold, and buttons such as that for the subselector, AF-ON, ISO, and exposure compensation are all placed so that they can be operated swiftly and easily. Additionally, a display panel has been placed on the top part of the camera, where information about settings can be displayed, same as with high-end digital SLR camera models.

*1 Excluding FX base movie format for the Z 7

*2 Simultaneous recording of 4K UHD movies with 10-bit output to the camera’s memory card is not possible.

*3Not available when shooting slow-motion movies. .

The Z 7 and Z 6 are equipped with in-camera vibration reduction (VR). The VR unit provides compensation for movement along five axes. The effects of vibration reduction are equivalent to a shutter speed increase of approximately 5.0 stops*1. This function can also be used effectively with NIKKOR F lenses, including those not equipped with a VR function, with the FTZ mount adapter (sold separately)*3.

*1 Can only be confirmed using the camera with which focus shift was performed.

Development of the MB-N10 Battery Pack

The MB-N10 battery pack that is currently in development will hold two EN-EL15b rechargeable Li-ion batteries, effectively increasing the number of shots possible and/or movie recording time by approximately 1.8×. It will provide the same level of dust and drip resistance as the Z 7 and Z 6, and will support USB charging using the EH-7P charging AC adapter.

Information regarding the release of this product will be announced at a later date. 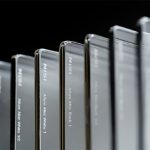 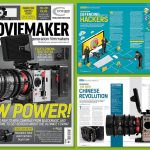