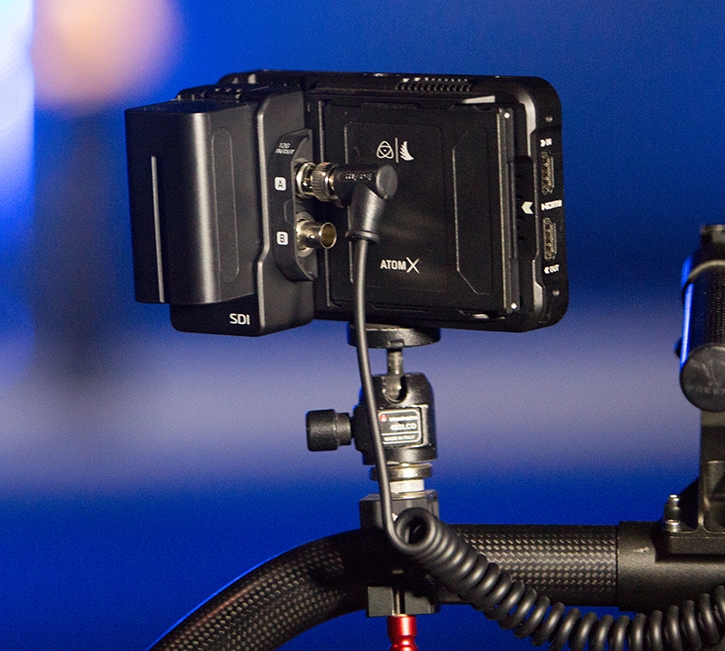 Atomos have announced the new AtomX SDI module for Ninja V, which provides creators with the ability to record and output video over 12G-SDI up to 4Kp60.

Atomos has created the AtomX module system to deliver the in demand SDI connectivity for professional users. The AtomX SDI module turns the Ninja V into the most versatile 5-inch SDI and HDMI monitor-recorder ever built. The recording capabilities, monitoring tools and high brightness 1000nit 1920×1080 HDR screen can now be used with a wide variety of broadcast, cinema and professional cameras, plus other SDI sources.

The AtomX SDI module also transforms the Ninja V into a highly advanced SDI recording, monitoring and playback deck that is small enough to be used anywhere in professional AV and broadcast environments.

“The AtomX Expansion Port system continues our use of the secure battery slot mount for additional high-speed connections. When we announced Sync and NDI, user feedback pushed us to make AtomX SDI a priority. So we’ve delivered it first, with NDI and Sync to follow shortly. I can’t wait to see what our customers create with them.” said Jeromy Young, CEO of Atomos.

The AtomX SDI module is about the size of a NP type battery and docks neatly into the rear of the Ninja V via the modular expansion port. It adds two user-configurable 12G SDI ports with reliable, industry standard full-sized 75 Ohm BNC connectors. Either port can be set up to transmit or receive signals at up to 4Kp60 or 2Kp240.

Flexible Connectivity Enabled for the Professional

Ninja V’s high-speed HDMI 2.0 is now complimented by two flexible 12G/6G/3G SDI connections that can each be configured as either two inputs, two outputs, or one in and one out. SDI signals can be looped out to other SDI devices, or two separate SDI sources can be simultaneously connected for simple A/B switching via the Ninja V user interface.

Recording from cameras over single or dual link SDI uses standard Apple ProRes and Avid DNx file formats for maximum compatibility. Shooting is supported in Log, HLG and Rec.709 gammas. There is also the option to ‘burn in’ a LUT to the recorded image for quick turnaround productions where there is little or no time for post processing.

The AtomX SDI module enables multiple options for playback of material, making it perfect for AV and system integrators. The Ninja V with the module can simultaneously play-out video over both HDMI and SDI outputs. It can also output from both SDI ports at the same time. Using Atomos’ unique HDR function, footage recorded in Log or PQ/HLG can be transformed and played straight out in PQ or HLG HDR to a compatible TV or monitor.

AtomX SDI module will be available in May 2019 for $US199 / €199 plus local taxes from authorized Atomos dealers. 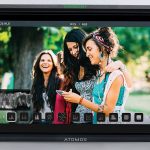 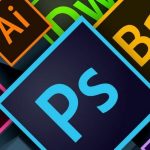