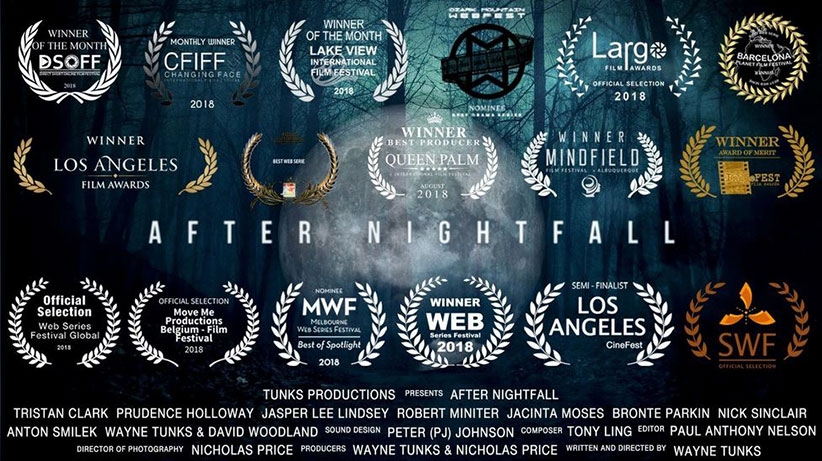 Nicholas Price, a Sydney-based DOP and producer who has made commercials, video clips, TV, documentary and short film. He is always striving to bring a unique visual style to any project he works on.

His work, After Nightfall, a dark web series about the murder of a gay teen, was inspired by Twin Peaks. It is set in a world where every character is flawed, corrupted and hiding something. There was never a doubt that it would have a dark, neo-noir look and, to capture it, he chose the Schneider-Kreuznach Xenon Full Frame Primes.

With limited resources and a tight shooting schedule, big, elaborate lighting set-ups weren‘t an option, so a gritty noir look was both practical and the right aesthetic choice. After all, the noir films of the 50s were born of necessity; expressionist filmmakers with lower budgets were getting out of the studio and filming in dark gritty locations. With this in mind, Pricedecided to shoot at ISO 2000 on a set of fast, compact lenses – he couldn’t think of a better way to put the Xenon FF Primes through their paces.

“I‘d be lighting with practical lamps indoors, streetlights for night scenes and available light with reflectors and neg-fill for daytime scenes. The lenses would have to perform under some pretty harsh conditions and in the end they outperformed the camera as well as the conditions,” Price explains.

“The Xenon FF Primes are the first set of true cine lenses that I‘ve owned,” he continues. “With the diverse work I do – documentary, short film, run-and-gun and web series – I need a set of lenses that are compact, fast in T-stop and in ease of use and, of course, cinematic in their look. I love how smooth the 300-degree focus rack is and they have a lovely bokeh from the 14 blade iris. They also seem to have a less contrasty look than other similarly sized primes. For me, it is easier to add contrast than it is to take it away, especially when shooting with a harsh Australian sun.”

Price tends to shoot wide open on these lenses with at least a Schneider-Kreuznach 1/8 Hollywood Black Magic filter to take the ‘video’ look out, especially when shooting on the Sony F5 and F55 or similar camera.

After Nightfallwas filmed on the Sony F5 on Cine-EI mode at 4K, which locks the ISO at 2000, and all the night scenes were shot at T2.1. In addition to the Schneider-Kreuznach Xenon FF-Prime Lenses, Price also used the Hollywood Black Magic Filters (1/8, 1/4 and 1/2) and the Schneider-Kreuznach 138mm Close-up Diopters (+1 and +2).

“By this time, I had five of the Xenon FF-Primes.The 25mm quickly became my favourite lens on this shoot and was my go-to lens,” Price explains. “We’d put it on to watch the actors block the scene and rarely took it off. We shot everything on location, often in small spaces with a large cast, and on the Super35 sensor it was just a perfect focal length, giving us a lovely cinematic look. I love it as a wide lens and as a close-up lens, I love it handheld, off sticks or on a dolly. While the 25mm stood out, surprising me with how often I used it, the 50mm is the unsung hero of this project. I could’ve quite happily shot the entire series with just the 25mm and 50mm.”

“Roughly two months after wrapping the series, we decided we needed a few pick-up shots for the first episode. The new 18mm arrived on the morning of our scheduled evening of pick-up shots, so there was a chance of using the 18mm on After Nightfall,” enthuses Price. “We filmed three exterior shots that night, two of them on the 25mm and one on the 18mm. The moment I put the 18mm on the camera, I was blown away. It was my new favourite lens!”

Working with the Xenons

“It’s amazing how quickly your relationship with new equipment changes. When the lenses first arrived, I practically wrapped them in cotton wool. Twelve months later, I’m standing on the lens box to get the perfect shot,” says Price. “The lenses are tough, I’ve travelled with them, regularly sat, kneel and stood on them. I’ve shot in dusty, rugged conditions, hot weather and with both experienced and beginner camera assistants, and the lenses have performed through it all. The image is super-sharp and looks great wide open. In fact, wide open is my favourite way of using them. I also love to shoot straight into the sun or practical lights, letting them flare, which they handle beautifully. When we shot straight into a set of headlights, we found the lenses looked great but the camera couldn’t handle it and reflected the sensor back onto the image. Apparently, this is a common issue with the Sony F5 when its heavily back-lit.”

“We had quite a few focus racks from foreground to background, including one shot where we tilted up off a table and an empty whiskey bottle to an actor lying on a couch, then racked to his ghost son watching through the glass door,” says Price. “It was shot at night, wide open at T2.1 and there is little or no breathing or distortion on the image at all.

“Possibly the best praise for these lenses comes not from me, but from our colourist, Keiran Lee, who mentioned how well-balanced the shots were across each scene. In other words, once he graded the first shot of a scene the others all fell in line. I’d love to take credit for this, but I think it comes down to how well colour-matched these lenses are. Basically, I’d light a scene for the wide shot and then make minimal adjustments as we moved in for tighter shots.”

About After Nightfall web series

When an 18 year old boy from a small town is murdered, everyone is a suspect. His family, his drug-dealing uncle, his boyfriend, his ex-boyfriend and conservative parents, the town thug and the sleazy local bookshop owner…

After Nightfall is a six-part web series that asks the question: ‘Who Killed Troy McLeavey?’ The second season has been shot and is in post-production. Again, it was shot with the Schneider-Kreuznach Xenon Full Frame Prime Lenses, but this time on a Red Monstro 8K camera.

CHECK OUT THE FULL AFTER NIGHTFALL SERIES 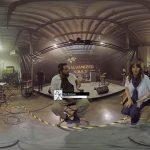 The Art of Telling Stories 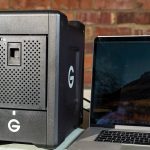