In view of the current situation, audio specialist Sennheiser has added another special deal for the month of April and is now offering its wireless Memory Mic for just EUR99 (MSRP, reduced from EUR199). The Memory Mic and its free companion app make it easy to create smartphone videos with great audio and are ideal for course instructors and vloggers but also families keen to stay in touch.

Recent weeks have seen a vast degree of face-to-face communication being transferred to the digital realm: from the yoga instructor who now needs to produce video lessons to stay in touch with students, to the musician posting spontaneous music videos from home on social media, or the families lovingly creating video messages to grandparents.

Good audio from an external microphone makes videos like these into something special, creating just the right atmosphere and adding that professional touch. That’s why Sennheiser is now offering its smartphone solution Memory Mic for just half the price.

The Memory Mic links up with the MEMORY MIC smartphone app (available free of charge from Google Play or Apple Store) via Bluetooth and works wirelessly at any distance from the smartphone to give you plenty of creative freedom in making your video. Then simply synchronise audio and video via the app at the touch of a button. The app additionally includes a mixing function which enables you to intuitively select a good mix between the sound of the Memory Mic and the ambient sound recorded by your smartphone. 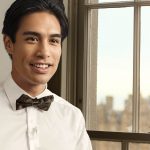 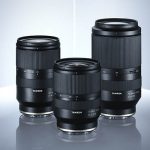 Whether you shoot videos with DSLRs, mirrorless cameras or even your mobile device, Sennheister’s...

Now in its 7th year, RØDE has once again upped the ante with a monumental...
Read Here