The dream of owning a full-frame cinema camera has taken a step towards reality thanks to Kinefinity. Joining Arri, Canon, Red and Sony as purveyors of a cinema cam with a full-size 35mm sensor, the upstart Chinese camera firm is firmly joining the big league with the Mavo LF, which is less than half the price of its more established rivals.

At £13,692/$10,999 for a package including the camera, back, monitor, memory and just about everything you need to start shooting, it’s not exactly cheap. But it does put the unique look of a full-frame camera in the same price bracket as a low-end Red, which has a smaller Super 35 sensor. For a well-heeled filmmaker with a lot of work, or for a rental camera for a larger job, it is approaching the realm of being a justified expense. And it certainly marks you out as a cut above the normal shooter.

The camera is virtually identical to the Super 35 Kinefinity Mavo we tested previously – an industrial-style modular camera that can be kept small or rigged up, and built to shoot Raw files. Like the Mavo and smaller Kinefinity Terra 4K, which we tested and raved about, the Mavo LF also has dual native ISO and comes with its own Kine lens mount to which you fit on the lens mount of your choice. Canon, PL, Nikon, manual Sony and lots more are available.

Whereas a year ago potential purchasers may have been put off by the brand’s lack of localised support, Kinefinity has worked with British firm ProAV, which now handles distribution and service in the UK, so that gives huge confidence to a potential purchaser. And there is talk of a Kinefinity centre soon being opened in Burbank, right in the Hollywood movie zone, to give service and support for US customers.

The camera is outwardly identical to the Mavo, which means it is tiny and light at 990g/2.1lb body only. If you add on a lens and a standard 7mm SSD – along with the viewfinder screen and the side grip with a lithium battery that lasts for over an hour – it’s not much bigger than a DSLR. But so, so much more capable as a filmmaking tool.

The main screen is a five-inch monitor that connects to a special port on the front of the camera, which provides the video signal and also the power. So you don’t need a battery to power the monitor, unless you want to add on a conventional external monitor or EVF. The monitor has a metal casing, is bright and has peaking and false colour tools.

For a more workable solution that includes XLR inputs and SDI connectors, add on the new KineBack-W, which comes in the pro kit. This also gives time code I/O, a sync port, a V-Lock battery connection and a port to plug in the Movcam DarkTower wireless card. The memory card is a 7mm SSD unit inside Kinefinity’s own housing.

Instead of testing the camera ourselves, we spoke to DOP Ash Connaughton, who bought a Kinefinity Mavo LF camera kit in a bid to stand out from the crowd and entice producers with the large format aesthetic.

“Since I’ve had the camera, I’ve done a couple of short films and some tests and I’ve been in prep for a movie, which I’m shooting on the LF. One of the shorts was over the course of three days, which was really intense. The other short was still three days but spread out over a few weeks, so not so intense. I’m also shooting an indie feature over the next few weeks.”

ABOVE The brand might not be as well known as some of the big-money rivals, but delivers the goods

The LF is Connaughton’s first Kinefinity camera, although he has been following the company’s progress over the last few years. He explains: “What swayed me was that ProAV was supporting them, offering servicing and maintenance for the cameras in the UK so you don’t have to send them back to China. But the spec of the camera speaks for itself – incredible considering the price. Those specs and the involvement of ProAV definitely got me interested.”

He continues: “The form factor is very interesting – obviously you can shoot with the body, monitor and side grip, which is a really small and compact form factor for run-and-gun stuff. It’s easy and convenient to use, but you can then build it out however you want. The form factor is similar to Red but more compact, because the brain itself is tiny.”

Connaughton bought the Mavo LF pro package plus an EF and PL mount to fit his Samyang Xeen lenses: the 14, 24, 35, 50 and 85mm primes. Part of the reason he decided on the LF version of the Mavo was that Kinefinity wasn’t really well known compared to Blackmagic, Arri, Red and those brands. “I thought, if I’m going to go for one of their cameras, it needs to be their flagship product, because the spec sheet carries it when the name doesn’t.

“With Kinefinity being such an unheard of company at the moment, I thought if I’m going to buy one and going to put it forward to companies for use on productions, the spec sheet needs those buzzwords to attract producers. Large format and 6K are both those kinds of buzzwords.”

So far I’ve been super impressed with it, the image is fantastic

So far, Connaughton hasn’t encountered any problems with his Mavo. “It just worked. So far I’ve been super impressed with it. The image is fantastic and I’ve had plenty of time to get used to the camera and the menus,” he says. “You look at full-frame compared to a Super 35 image and there’s a scale to it you just can’t replicate on a smaller sensor. There is something very immersive that really pulls you in because of the vastness that you can achieve with it.

“Obviously the bigger sensor area allows more light to come in. One of the advantages of that is for me to focus more on quality of light rather than output. You’ve also got the dual native ISOs, the 800 and the 5120, which for some of the night-time scenes really helps. Some of the lighting set-ups we have been able to simplify because of the ability of the camera in low light.”

Raw is obviously one of the biggest selling points of the camera, but Connaughton says he hasn’t got the budget for storage to shoot it yet.

“We’re going to shoot KineLog in ProRes 4:4:4 rather than Raw, which is one of the compromises we have to make, but in an ideal world I would have shot Raw,” he says. “They have recently released a guide to get it to interpret correctly in DaVinci Resolve which works really well. Once you’ve got those settings, you can import the Raw in and it looks incredible.”

Connaughton has also managed to save some money by using consumer SSDs for storage – Samsung 860 Pros and SanDisk Ultra IIs – as the KineMags are more expensive.

In use, Connaughton found the camera easy to get to grips with, with sensible menus that are simple to understand. “There’s an option in the menu in ‘Shooting Formats’ and you choose what you want, including MFT and Super 16. There’s no camera restart, you just select it and it’ll reboot itself, but it’s not like a full restart. It’s much quicker, it just refreshes everything – it takes maybe a second or two,” he says.

One thing he likes is that the camera is being developed and tweaked to improve it. “I’ve already had a few updates for the camera, and there’s one that’s about to drop that activates the side panel menu to give you ISO, frame rate read-out. The Facebook page and the group are really helpful and also ProAV emails me when there is anything new.”

If you’ve dreamed of a full-frame cinema camera, you might actually be able to afford or even just rent, Kinefinity may be the camera you have been waiting for. It produces very detailed files in lots of different frame rates in ProRes or Raw, with that unique large format look. And with Kinefinity spreading its wings by having ProAV in the UK, that will take a lot of the fear out of buying and using the camera.

When we tested the standard Mavo, we said there were lots of other Super 35 options available, such as a Sony FS7 Mark II, Panasonic EVA-1 or C300 Mark II, which were cheaper but all quite different to the Kinefinity Mavo as it is modular.

Move up to full-frame and a year ago there was not much else at even close to the asking price available. That was until Sony launched the FX9 and Canon the C500 Mark II. Both with full-frame sensors and both within the same ballpark price as the Kinefinity, if you compare body-only or kit prices. That doesn’t take anything away from the Kinefinity, which is a stunning camera that gives top results.

This article first featured in the Summer 2020 issue of Pro Moviemaker. 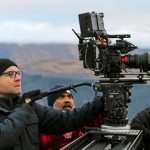 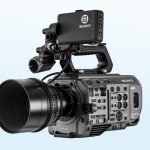 Sony’s new full-frame FX9 is set to be the camera most independent production companies...

The tiny Panasonic G100 is more than just for selfies and packs some advanced...

Is the pumped-up flagship OM-D E-M1X the best Olympus for filmmaking or the newer...
Read Here