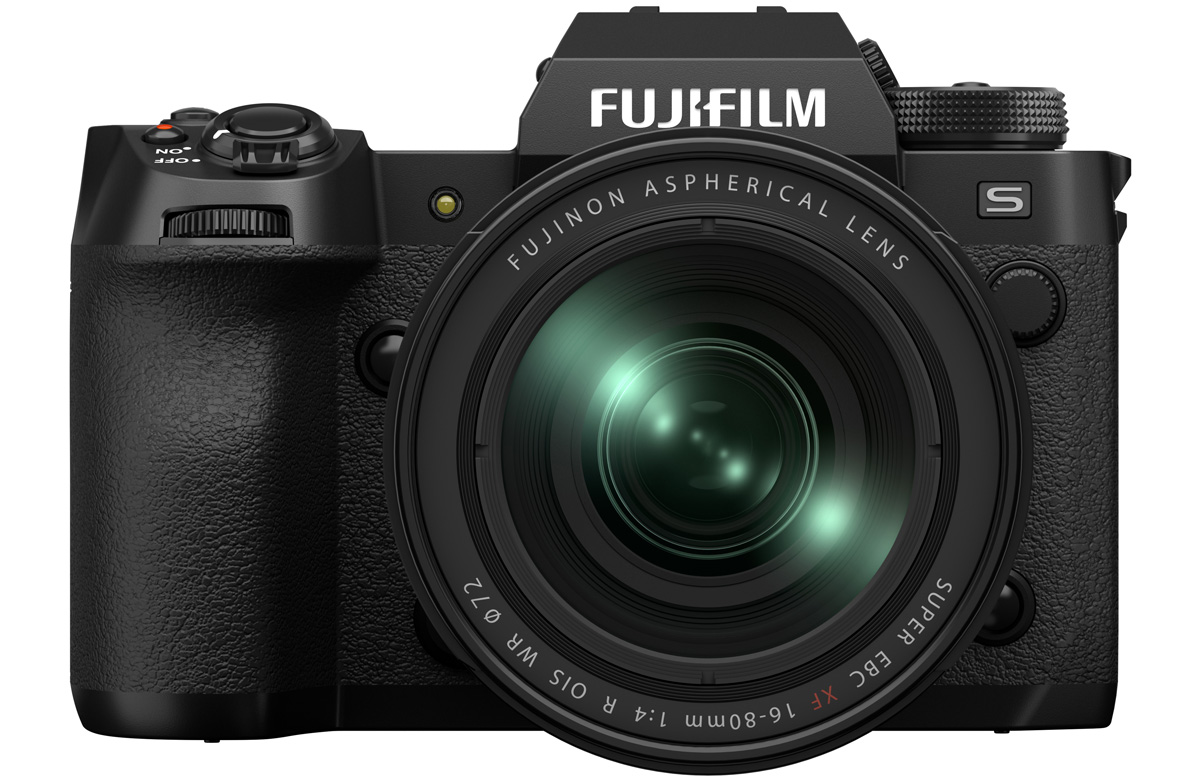 Fujifilm feels the need for speed

Fujifilm has unveiled the X-H2S, its first APS-C camera to sport the fifth generation X-Trans sensor and features include the fastest burst shooting and most advanced autofocusing yet seen in an X-System model

The X-H2S is the first X-Series camera to boast the fifth generation of Fujifilm’s X-Trans sensor and has a feature set sure to appeal to stills and video creators. Resolution is 26.1 megapixels so the same at the CMOS 4 sensor but this new sensor’s focus is very much on speed, and Fujifilm has said that a higher resolution APS-C sensor is on its way.

The X-Trans CMOS 5 HS sensor is back-illuminated just like the previous generation Fujifilm sensor but the new model is also stacked making it capable of reading signals four times faster than previously. Couple this super-quick sensor with the high speed performance of the all new X-Processor 5, which has double the processing speed of the previous generation, and you have a seriously fast camera. 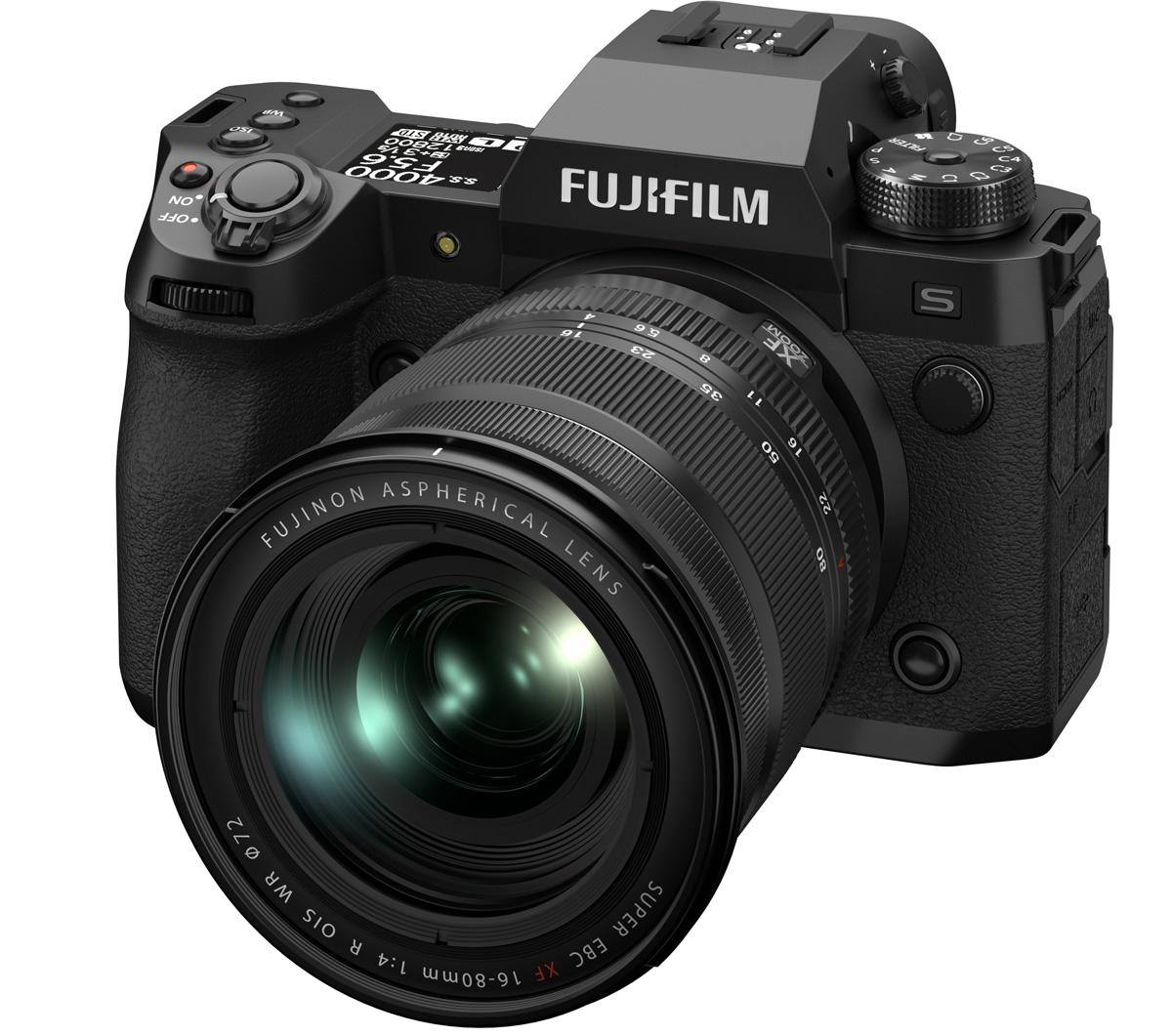 The features of the X-H2S are stunning

The X-H2S can shoot full-size files at 40fps black-out free using the electronic shutter and at this speed you get around 175 compressed Raws with AE/AF tracking. Drop down to 30fps and you can get over 1000 JPEGs in continuous shooting and if you want a similar number of Raws (lossless compressed or compressed) in a burst set 20fps.

Switch to the mechanical shutter and the top shooting rate is 15fps with the potential of shooting 1000 plus JPEGs or Raws even in uncompressed mode.

The fast sensor/processor duo triples the number of calculations in phase detection information to give excellent AF performance even at these fast shooting rates so you get AE/AF tracking with improved accuracy. New kit and an improved prediction algorithm boosts the camera’s ability to track a moving subject in low light and in Zone AF while subject recognition AF has been improved with deep learning technology. This new system can detect and track the human face/eyes but also subjects including animals, bikes, birds, cars, planes and trains.

The X-Trans CMOS 5 HS sensor follows in the pixel footsteps of earlier X-Trans sensors and employs a 6×6 pixel array compared with the 2×2 array of Bayer sensors used by other digital cameras. The ‘random’ array keeps the risk of moire down and there’s no need for an optical low pass filter so makes the most of X-System lenses for image quality comparable to full-frame. 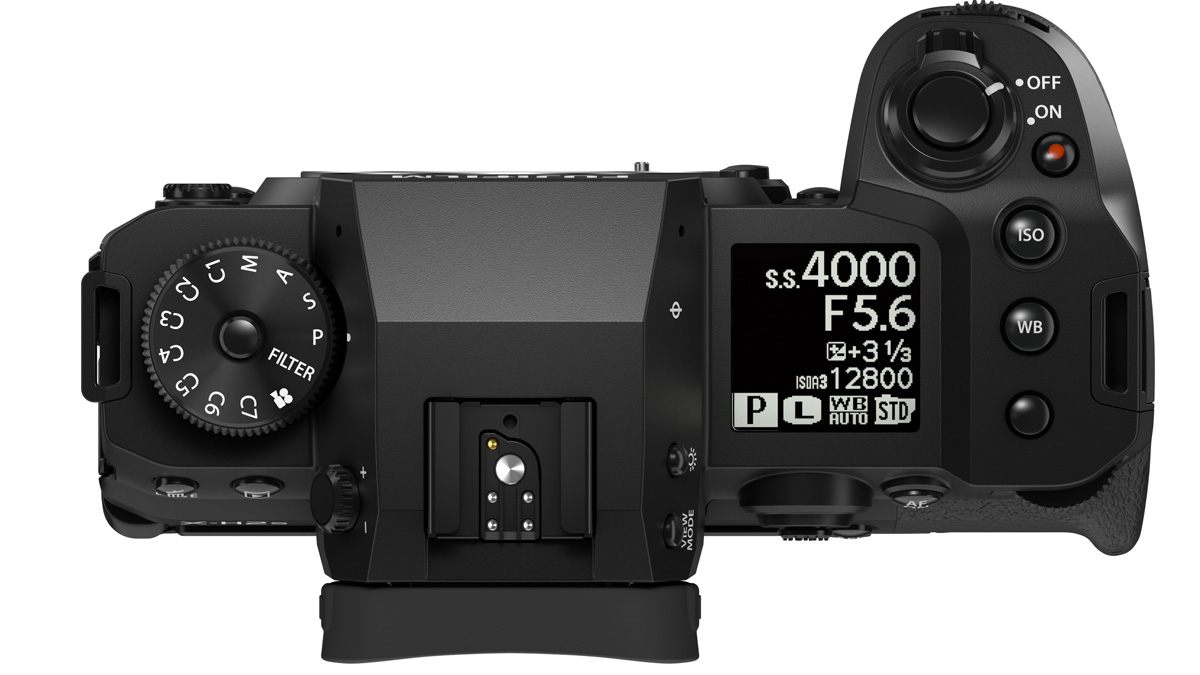 The X-H2S’s predecessor, the X-H1, was very much a video oriented camera and the new model has a strong feature set here too including some of the AF benefits available for stills. The new sensor enables internal recording of 4:2:2 10-bit video at 6.2K/30p. The camera also supports 4K/120p for high definition slow-mo and the sensor’s readout speed is as short as 1/180sec to keep rolling shutter effects of moving subjects down to minimal levels. The camera supports three Apple ProRes codecs: ProRes 422HQ, ProRes 422 and ProRes 422. It also supports proxy recording for a more efficient workflow.

The body hosts dual memory card slots, supporting CFexpress Type B and SD UHS-II cards. You will need the former to get the most of the X-H2S’s continuous shooting skills and a list of compatible cards is on Fujifilm’s website. 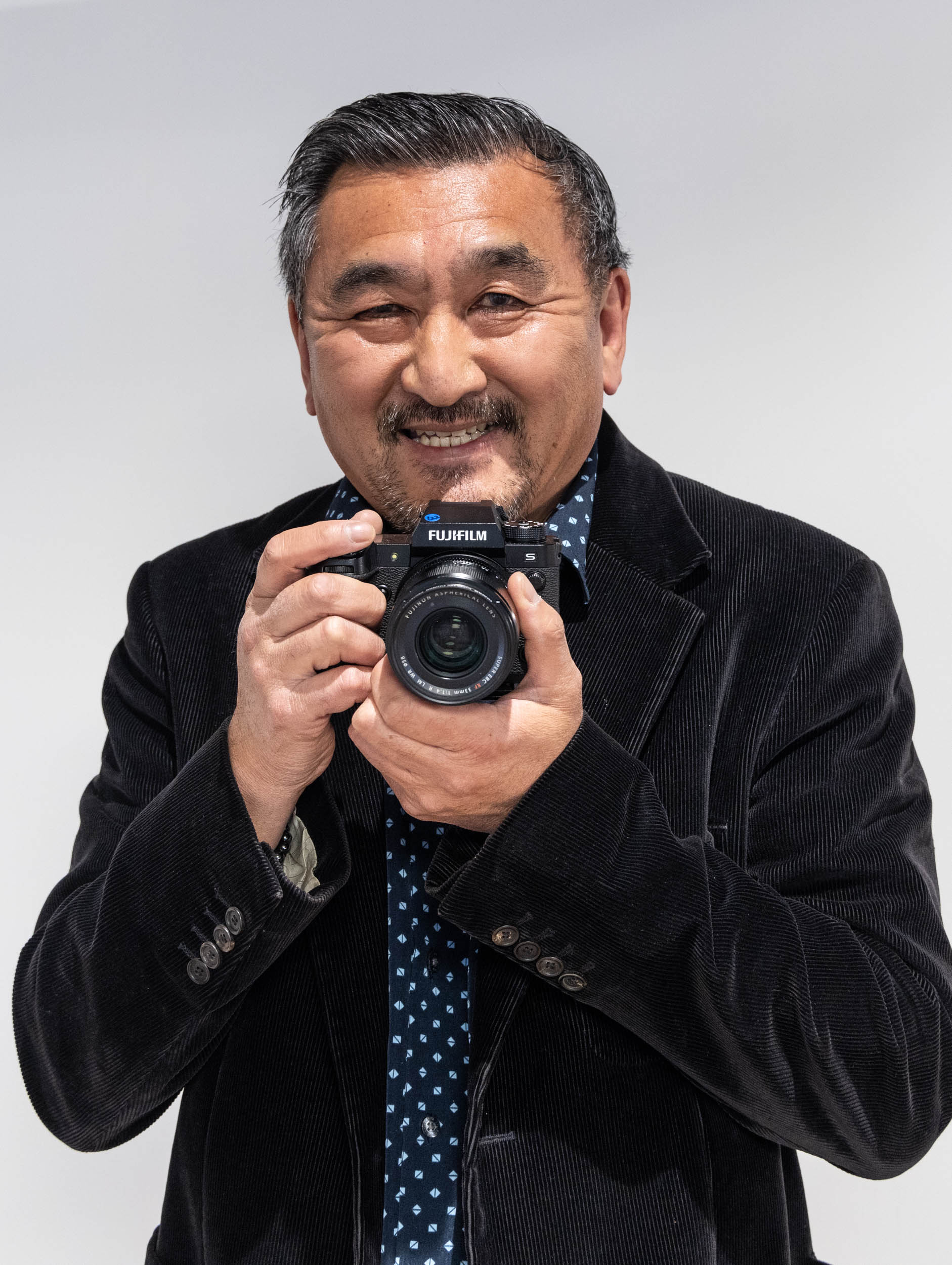 Photography News editor, Will Cheung, has pushed the X-H2S to the limit

For pro video makers the X-H2S has a new heat dissipating structure to enable recording of 240 minutes of 4K/60P video. For even more performance including shooting in high temperatures, an optional FAN-001 is available and this fits via two screw holes at the rear of the camera body behind the articulating monitor and costs £169.

Other optional accessories for the X-HS2 include the VBG-XH vertical battery grip that accepts two NP-W235S batteries and this costs £399. A file transmitter FT-XH with LAN connectivity and high speed wireless communication for tethered shooting is due out this September at £949. This takes two NP-W235S cells.

The X-H2S itself is available in black and the body only price is £2499 with availability this July. 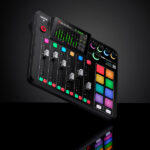 On the RØDE again 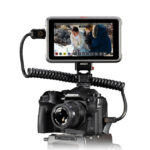 Panasonic has created a dynamic and flexible camera for photographers on the go –...

Nikon has unveiled three new products aimed at the pro market. The D6 is...
Read Here 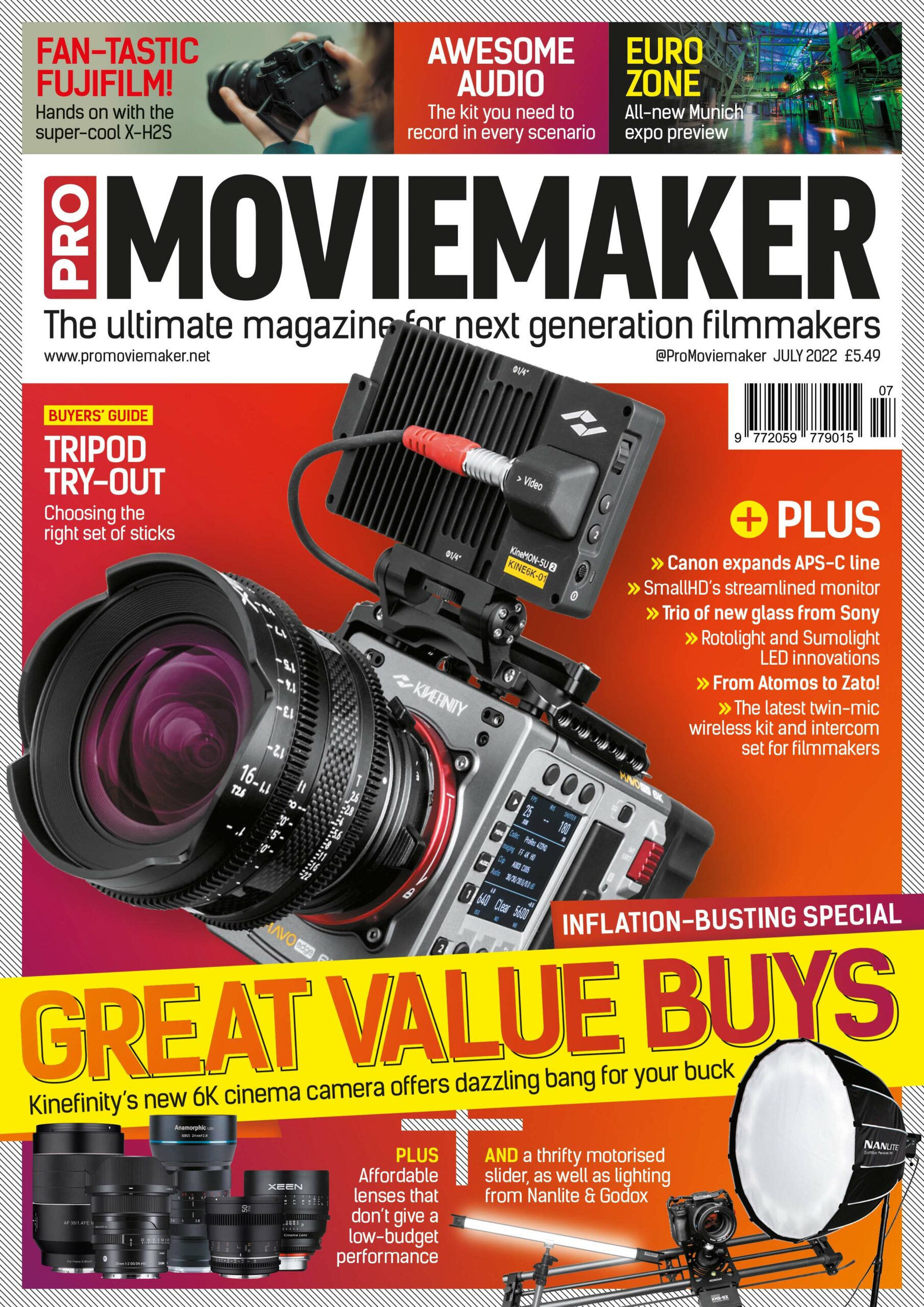