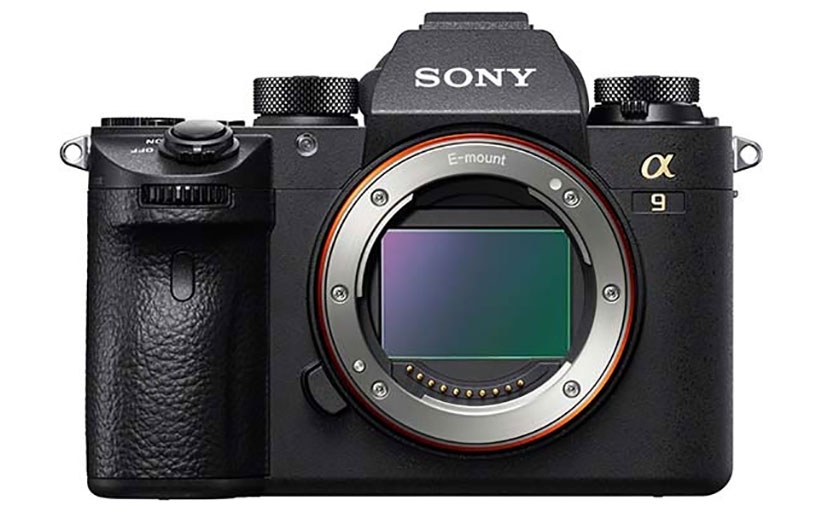 Sony has revealed its most expensive but feature-packed mirrorless camera ever, the all-new full-frame A9. Costing roughly £4500 when it hits the shelves in June, it’s largely aimed at sports still photographers as the video spec seems little improved from the current A7S Mark II.

With a shutter speed of up to 1/32,000 sec, the camera uses a world first stacked 24.2MP CMOS sensor and solves the problem of viewfinder blackout for action shooters as now it doesn’t black out when shooting continuously at up to 20fps.

The AF has had a much-needed boost, with a 693-point phase-detect system. The viewfinder blackout and poor AF has been the biggest issue with stills action shooters using the A7 series so far.

There is now double the battery life and twin card slots, too.

The video spec offers similar features as the current A7S Mark II with 4K (3840x2160p) video recording across the full width of the full-frame image sensor – although the sensor is new and higher resolution. When shooting in this format, the camera uses full pixel readout without pixel binning to collect 6K of information, oversampling it to produce high quality 4K footage. Recording is also available in the popular Super 35mm size.

The camera can record also Full HD at 120 fps at up to 100 Mbps, which allows footage to be reviewed and eventually edited into 4x or 5x slow motion video files in Full HD resolution with AF tracking which could be a game-changer for sports and action video shooters. Sony’s official information says:

The most technologically advanced, innovative digital camera that Sony has ever created, the new α9 offers a level of imaging performance that is simply unmatched by any camera ever created – mirrorless, SLR or otherwise.

The new camera offers many impressive capabilities that are simply not possible with a modern digital SLR camera including high-speed, blackout-free continuous shootingiii at up to 20fpsiv, 60 AF/AE tracking calculations per second,[x] a maximum shutter speed of up to 1/32,000 secondviii and much more. These are made possible thanks to its 35mm full-frame stacked Exmor RS™ CMOS sensor – the world’s first of its kind – which enables data speed processing at up to 20x faster than previous Sony full-frame mirrorless cameras[xi]. This unique sensor is paired with a brand new, upgraded BIONZ X processing engine and front-end LSI that maximises overall performance.

This industry-leading speed and innovative silent shootingvii is combined with a focusing system that features an incredible 693 phase detection AF points. Covering approximately 93% of the frame, the focusing system ensures that even the fastest moving subjects are reliably captured and tracked across the frame.

The new α9 also features a vibration free, fully electronic, completely silent anti-distortion shuttervii with absolutely no mechanical mirror or shutter noise, making it an extremely powerful photographic tool for any shooting situation that demands quiet operation. To ensure maximum usability and reliability, the camera features a new Z battery with approximately 2.2x the capacity of W batteries, as well as dual SD media card slots, including one that supports UHS-II cards. An Ethernet port (wired LAN terminal) is available as well, and there are i a wide variety of new settings, controls and customisability options that are essential for working professionals.

A New Standard of Speed and Focusing Accuracy

Critical to the record-breaking speed of the new α9 is the combination of the new stacked 24.2 MPii Exmor RS image sensor, new BIONZ X processor and front end LSI.

The immense processing power from these new components allows for faster AF/AE calculation while also reducing EVF display latency. The processor and front end LSI are also responsible for the larger continuous shooting buffer, enabling photographers to shoot at a blazing 20 fpsiv with continuous AF/AE tracking for up to 362 JPEGvi or 241 RAWv images.

The camera’s innovative AF system tracks complex, erratic motion with higher accuracy than ever before, with the ability to calculate AF/AE at up to 60 times per secondx, regardless of shutter release and frame capture. Further, when the shutter is released while shooting stills, the electronic viewfinder functions with absolutely no blackout[xii], giving the user a seamless live view of their subject at all times. This feature truly combines all of the benefits of an electronic viewfinder with the immediacy and “in the moment” advantages that not even the finest optical viewfinders can match, and is available in all still image modes[xiii] including high speed 20 fpsiv continuous shooting.

With 693 focal plane phase detection AF points covering approximately 93% of the frame, the camera ensures improved precision and unfailing focus in scenes where focus might otherwise be difficult to achieve. The Fast Hybrid AF system – pairing the speed and excellent tracking performance of phase detection AF with the precision of contrast AF – achieves approximately 25% faster performance when compared with α7R II, ensuring all fast-moving subjects are captured.

Professional Capabilities in a Compact Body

Sony’s new full-frame camera is equipped with a variety of enhanced capabilities that give it a true professional operational style.

The α9 features an all-new, high-resolution, high-luminance Quad-VGA OLED Tru-Finder with approximately 3,686k dots for extremely accurate, true-to-life detail reproduction. The new Tru-Finder, which is the highest resolution viewfinder Sony has ever incorporated in an α camera, features an optical design that includes a double-sided aspherical element, helping it to achieve 0.78x magnification and a level of corner to corner sharpness that is simply outstanding. The EVF also utilises a ZEISS® T* Coating to greatly reduce reflections, and has a fluorine coating on the outer lens that repels dirt.

This all adds up to a luminance that is 2x higher than the XGA OLED Tru-Finder from the α7R II, creating a viewfinder image with a brightness level that is nearly identical to the actual scene being framed, ensuring the most natural shooting experience. The frame rate of the Tru-Finder is even customisable, with options to set it for 60 fps or 120 fpsxiii to best match the action.

The α9 is equipped with an innovative 5-axis image stabilisation system that provides a shutter speed advantage of 5.0 stepsix, ensuring the full power of the new sensor can be realised, even in challenging lighting. With a simple half press of the shutter button, the effect of the image stabilisation can be monitored in the viewfinder or on the LCD screen, allowing framing and focus to be accurately checked and continually monitored.

The α9 also offers an Ethernet port (wired LAN terminal), allowing convenient transfer of still image files to a specified FTP server at high speeds, making it an ideal choice for studio photography, high-profile news and sporting events and more. In addition, there is a sync terminal, enabling external flash units and cables to be connected directly for convenient flash sync.

Sony’s new α9 has several new and updated focus functions that support faster, easier focusing in a variety of situations. The camera features a multi-selector joystick on the back of the camera, allowing shooters to easily shift focus within the frame by pressing the multi-selector in any direction up, down, left or right when shooting in Zone, Flexible Spot or Expanded Flexible Spot focus area modes. The new model also offers touch focusing on the rear LCD screen for easy selection of, and shifting focus towards a desired focus point or subject.

New for Sony E-mount cameras, the α9 includes the addition of separate drive mode and focus mode dials, plus a new “AF ON” button that can be pressed to activate autofocus directly when shooting still images or movies.

Additional new capabilities include the “AF Area Registration”, which allows frequently used focus areas to be memorised and recalled via custom button assignments. There is also the ability to assign specific settings (exposure, shutter speed, drive mode, etc) to a custom button to be instantly recalled when needed. The camera can memorise and automatically recall the last focus point used in a vertical or horizontal orientation, instantly switching back to it when that specific orientation is used again.

For enhanced customisation, a “My Menu” feature is available, allowing up to 30 menu items to be registered in a custom menu for instant recall when needed.

The enhanced BIONZ X processor plays a large part in image quality as well, as it helps to minimise noise in the higher sensitivity range while also reducing the need to limit ISO sensitivity in situations where the highest quality image is required.

The new α9 also supports uncompressed 14-bit RAW, ensuring users can get the most out of the wide dynamic range of the sensor.

The new α9 is a very capable video camera as it offers 4K (3840x2160p) video recording across the full width of the full-frame image sensor[xv]. When shooting in this format, the camera uses full pixel readout without pixel binning to collect 6K of information, oversampling it to produce high quality 4K footage with exceptional detail and depth. Recording is also available in the popular Super 35mm size.

Additionally, the camera can record Full HD at 120 fps at up to 100 Mbps, which allows footage to be reviewed and eventually edited into 4x or 5x slow motion video files in Full HD resolution with AF tracking.[xvi]

Sony has released a variety of new accessories to compliment the new α9, including:

– NP-FZ100 Rechargeable Battery: High-capacity battery with approximately 2.2x the capacity of the NP-FW50 W-series battery. Supports InfoLITHIUM® technology, which makes it possible to view the remaining battery power as both a percentage display and five step icon on the camera’s LCD screen.

The α9 interchangeable lens camera will start shipping from June 2017 priced at approximately £4,500.

A variety of exclusive stories and exciting new content shot with the new α9 camera and other Sony α products can be found at http://www.alphauniverse.com, a site built to educate and inspire all fans and customers of the Sony α brand. The new content will also be posted directly at the Sony Photo Gallery and the Sony Camera Channel on YouTube.

[iii] Electronic shutter mode. At apertures smaller than F11 (F-numbers higher than F11), focus will not track the subject and focus points will be fixed from the first frame. Display updating will be slower at slow shutter speeds.

[vii] Silent shooting is possible when Shutter Type is set to “Electronic” and Audio signals is set to “Off.”

[xi] Compared to the front-illuminated CMOS image sensor in the α7 II.

[xii] Display updating will be slower at slow shutter speeds.

[xiii] When the auto or electronic shutter mode is selected the viewfinder frame rate is fixed at 60 fps during continuous shooting.

[xv] In full-frame shooting, the angle of view will be narrower under the following conditions: – When [File Format] is set to [XAVC S 4K] and [Record Setting] is set to [30p]. Class 10 or higher SDHC/SDXC memory card required for XAVC S format movie recording. UHS Speed Class U3 required for 100Mbps or higher recording 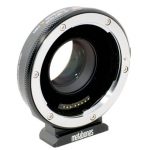 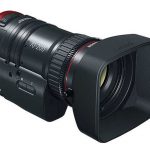