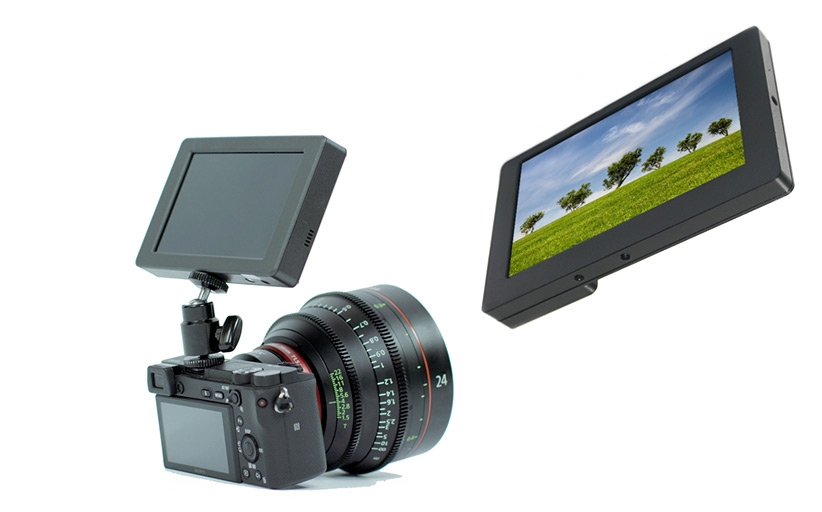 Extend your creativity with Cinemartin

If you want to produce the best possible footage for your clients, then nothing compares to a larger external monitor with additional features not offered by your camera. Cinemartin has recently announced a number of high-spec monitors including the Venus and Loyal at affordable prices, making them an excellent choice for filmmakers. If you’re tired of squinting at the tiny screen on your camera, Cinemartin has the perfect solution for you…

The Cinemartin Venus is a 7in HDR monitor providing a high luminance of 700 to 1000 Nits, makming it ideal for bright shooting conditions and, high dynamic range shooting. The resolution is 1980×1080, with 10-bit processing (8 bit + 2 FRC) meaning the Venus can produce up to 1.07 Billion colours. This impressive spec sits alongside a contrast ratio of 1000:1.

The chassis is aluminium with an ultra clean and simple design. All controls can be found on the back of the monitor, with a HDMI and headphone sockets found on the side. There are also 2+1 1/4in screw threads for arms on the bottom side of the monitor, with one of them slightly to the left for better use with current cameras including the like Sony A7 series, Sony a6300, Panasonic GH4, and the Canon EOS 5D series etc.

To allow for the slim design, Cinemartin has left out some video functionality such as zebra and waveform. However, these can be displayed from the camera being used if it offers this functionality. This decision means that the overall dimensions have been kept lower than many competitor models at 189x111x21 / 11mm.

The retail price of the Venus is €695 / $795 including international shipping, two Sony battery small plates and a Prores and HEVC H.265 bundle software valued at €199 (Cinemartin Cinec 4.0 Pro).

Delivery of the Venus will begin by the end of 2016 with first in first out orders available through the Venus website now.

* Price does not include taxes. EU residents including the UK must pay in Euros and add 21% of Spanish VAT unless a Intra VAT number is provided.

Cinemartin Loyal 5.7in & 7in monitors

The Cinemartin Loyal series HDMI + SDI Bright Monitor with Assist tools is a high spec, yet affordable monitor that will help you to take your filmmaking to new heights. The Loyal series monitors are available in two sizes: 5.7in and 7in, so you can choose the option that works best for you and your way of working.

Loyal monitors feature a bright and clear image thanks to their full HD screen with a native resolution of 1920×1080, offering a contrast ratio of 1000:1 with up to 600 NIT’s of luminance. The viewing angle is a wide 169°. All this is housed within a robust and lightweight metal body, which weighs just 297g with the 5.7in model, and 422g with the 7in model.

On the exterior of the Loyal you’ll find the design is clean and minimalistic with buttons found on the top of the monitor. The Loyal series monitors feature both HDMI and SDI inputs and outputs with cross conversion. This provides the ability to output the HDMI input at the SDI output, and vice versa, which acts as a switch at no extra cost. All video inputs and outputs are tucked away neatly on the back. Then there’s the headphone mini jack and a speaker, which is ideal for cameras lacking a headphone jack output.

Built within a compact and well made chassis, Loyal series monitors offer the ability to change the top and back cover for an optional carbon fibre replacements. The monitors also ship with two baseplates to power the monitor using either Sony NP-F, or Canon LP-E batteries. Plus, these can be changed in seconds without the need for tools.

* Price does not include taxes. EU residents including the UK must pay in Euros and add 21% (Spanish VAT) unless an Intra VAT number is provided. 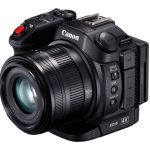 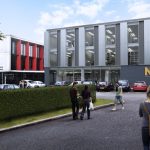